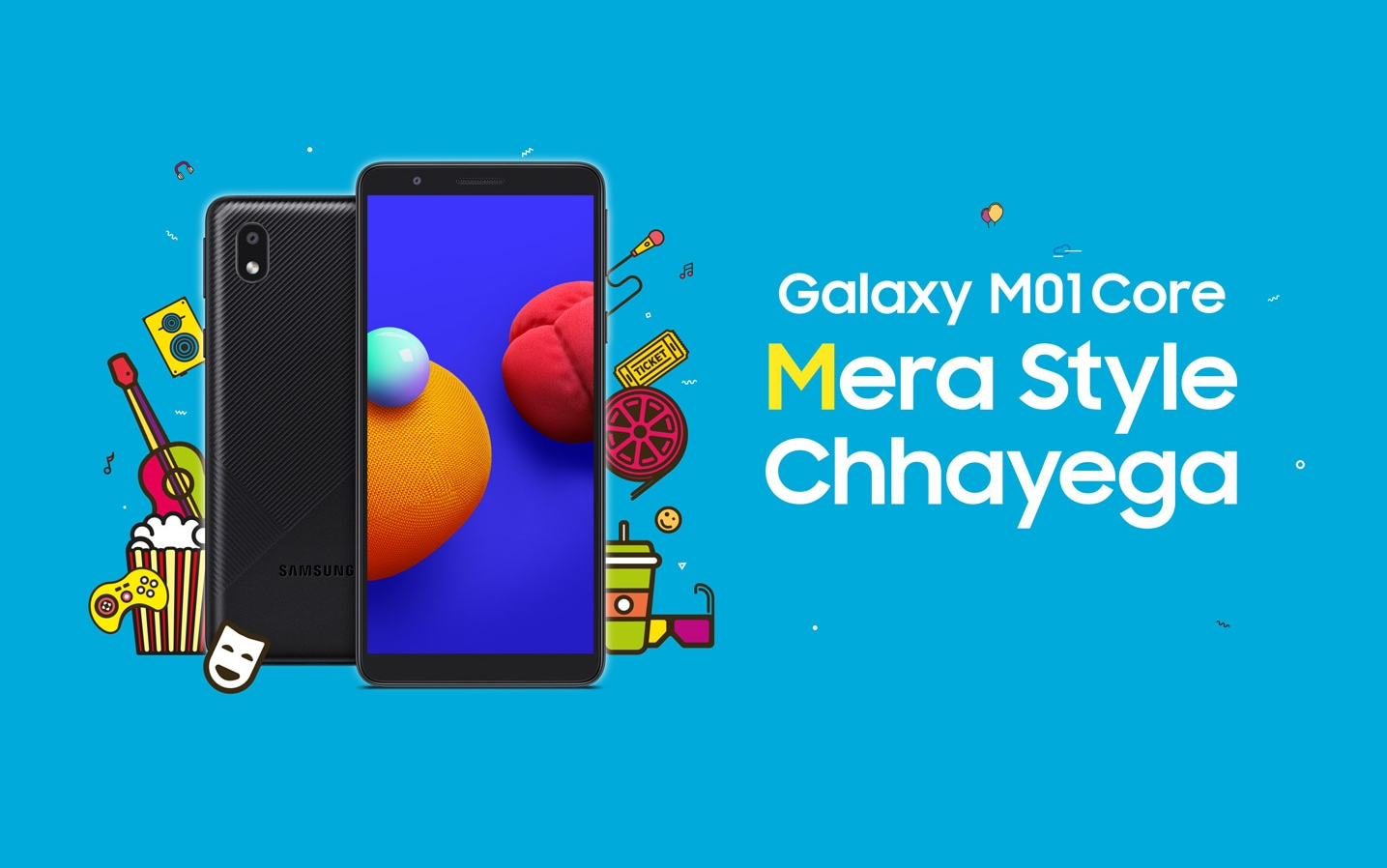 Samsung had launched the low-budget SmartPhone "Samsung Galaxy M01 Core" with the best features. It improves the viewer experience with 5.3-inches infinity HD+ Display with an immersed 18.5:9 aspect ratio and has a resolution of  720 x 1480 pixels.

The camera in Samsung Galaxy M01 Core has features to shoot in detail and you can able to picture-perfect selfies. It has a single-rear camera 8-Mega-Pixel lens with f/2.2 aperture and has the 5-Mega-Pixel selfie camera with f/2.2 aperture. It has additionally LED flash and video recording of 1080 pixels at 30 fps. The processor in the SmartPhone has Quadcore Cortex A-53 and has MediaTekMT 6739 chipset. Samsung Galaxy M01 Core has Android 10V and has a GPU of PowerVR GE.