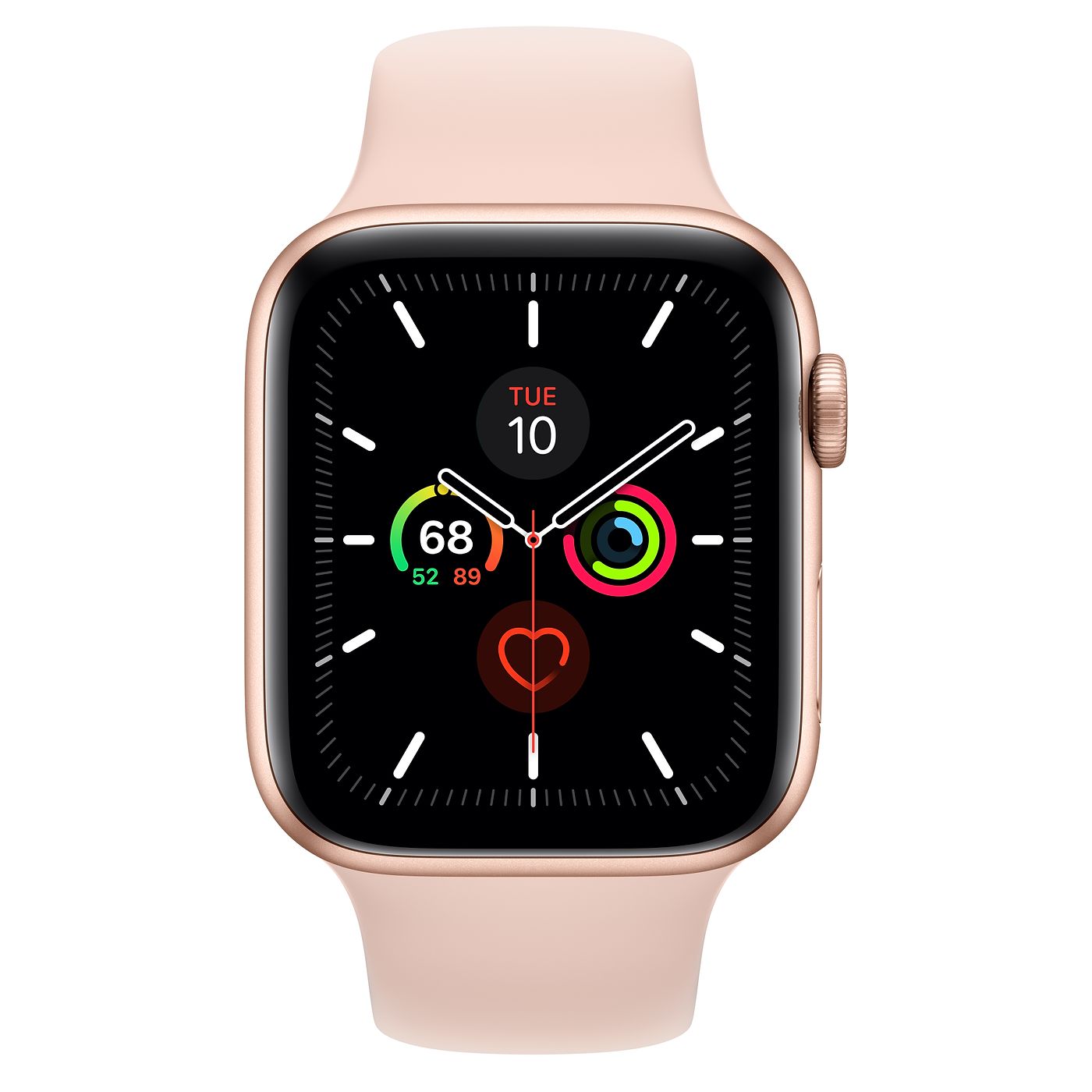 Apple Watch Series 5 is a customized watch with excellent features compared to series 4. It has few new features adopted in the model such as always-on display, in-built compass, and international emergency calling.

The Sensor in the Apple Watch Series 5 are Accelerometer, gyro, Optical heart rate (2nd gen), barometer, compass, and Electrical heart sensor. The Electrical heart sensor notifies high and low heart rate and also monitors the irregular heart rhythm.  It supports fitness goals by tracking every progress. It also supports calls, texts, and has more than a hundred watch faces, so you can have an infinite way to personalize them. It has a noise app that gives alert in decibel rise of sound.

It has the storage option of 1GB RAM and 32GB ROM. The connectivity option in Apple Watch Series 5 are WLAN Wi-Fi 802.11 b/g/n, Bluetooth 5.0v, GPS, Radio, and USB. The battery of Apple Watch Series 5 has a Non-removable Li-Po 296 mAh battery that can stand up to 18 hrs and it also supports wireless charging.